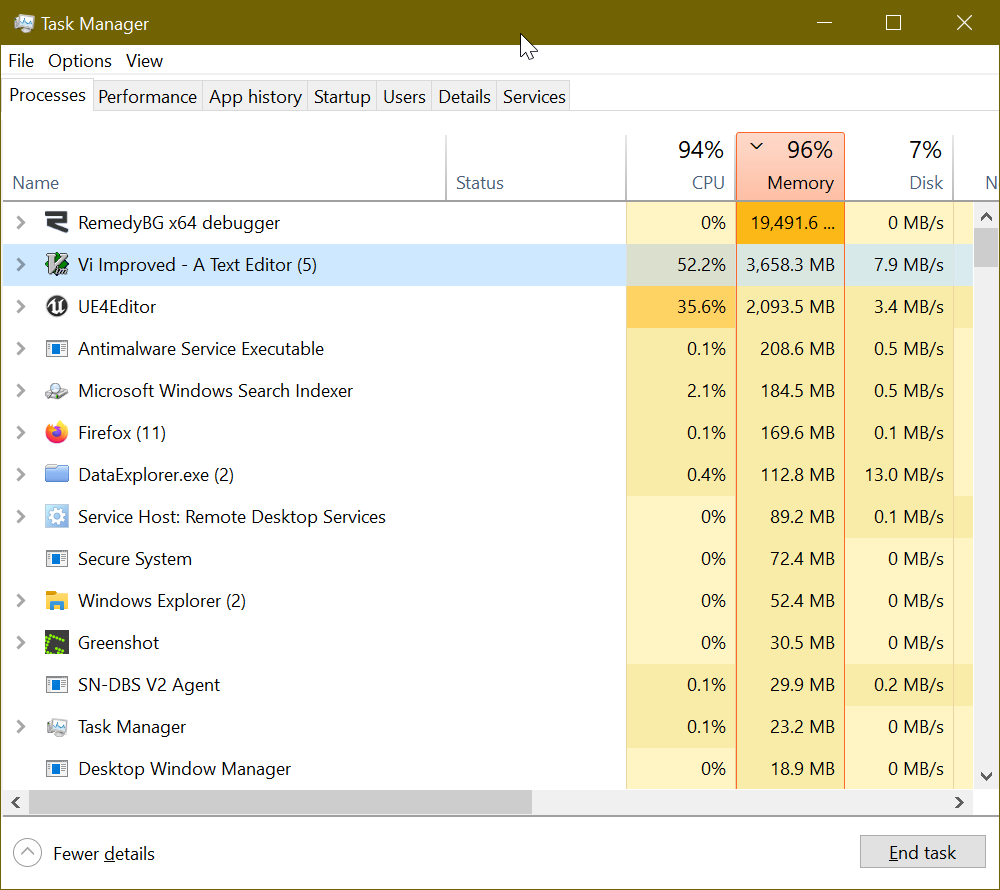 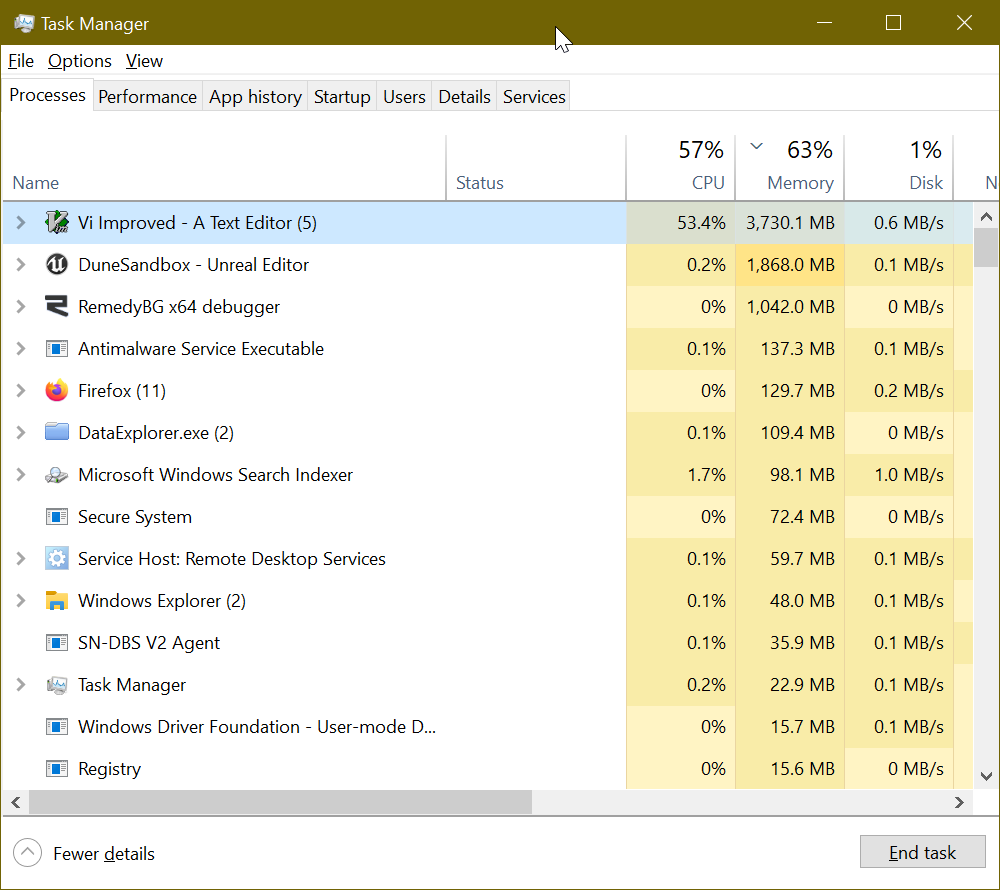 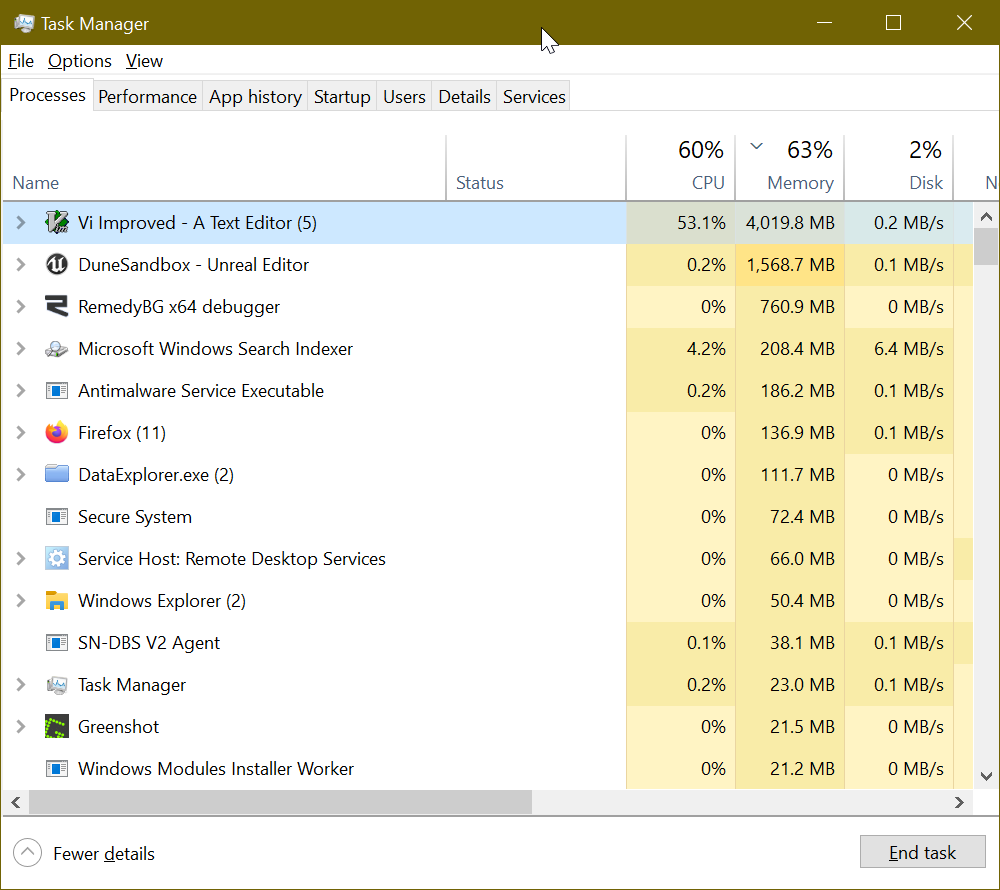 Just wanted to chime in that this issue with large pdb's is preventing me from being able to use RemedyBg in my day to day work - it's not just the memory usage but the time, 40-60s, it takes to attach to a UE process.

For smaller projects it's working great, so it's definitely the volume of symbols that's the issue.

Profiling an attach session I can see that a separate thread is spawned to read and process the pdb's - it's spending the majority of the time just reading files. Visual studio loads and processes the same symbols in less than 5 seconds first time.

I wonder if VS is doing some form of lazy loading, as the memory difference between remedybg and VS attached to the same process is 20gb to 200mb.

Symbol loading performance is currently the highest priority task on my list and is a work in progress. Using UE as my test case (given it loads 350+ DLLs all with symbols).

Improvements in this area are expected to make it into the next release.

Very excited for improvements in this area, just saw this post now after being super frustrated with VS+UE. In general, remedybg is amazing. Keep up the great work!

Also here's another data point. Windbg Preview takes 7GB once symbols are loaded (for Debug Editor) and takes like 10min on my machine.